The Jackal and The Drum (A Panchatantra Katha) 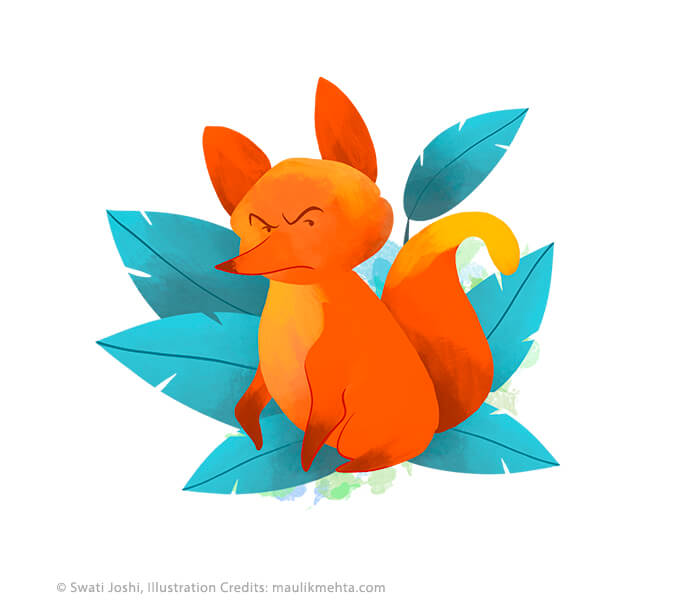 This very interesting Panchatantra story of the Jackal gives us a wonderful message that we should not react foolishly with the fear of the unknown. And also that our small but brave efforts help us succeed in any condition. Read kids story in English & Share it.

Looking for fables for kids? We are back with one more Panchatantra Katha. Go for Gujarati Version, it’s here.

Once upon a time, there was a jackal. The jackal lived in a jungle. The jungle was very big and there used to be a battlefield near that jungle. One day, the jackal was hungry. He was roaming here and there in search of food. In doing so, he came across the old battlefield. In the battlefield, there was a big drum lying under a tree. 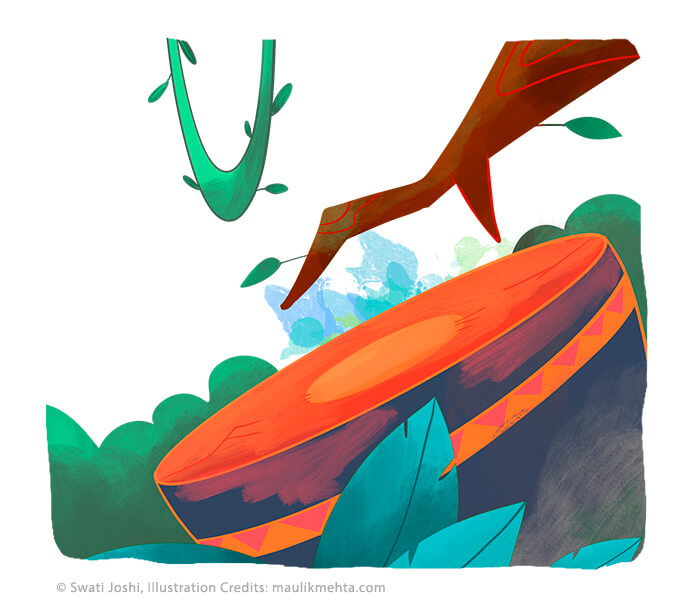 Whenever a gust of air was blowing, a small branch of that tree was striking against that drum and it was making a really scary, loud sound. At first, the jackal was terrified listening to such a large bang coming from a strange thing! He examined the drum from all the sides. The drum was lying silently. So, he thought, ‘The animal doesn’t seem to be harmful!’.

He went closer, still the drum didn’t do anything!! Now, gathering all the courage he had, he beat the drum with his front paws. And the drum made a fat sound, ‘Dhum, Dhum!’.

Horrified jackal just jumped off the drum and hid behind the tree. After a while, getting his senses back, the jackal started thinking, ‘There must be an animal hiding inside this big thing. If I tear this huge belly and get that animal out, I might get a tasty meal.’ The hungry jackal decided to give this idea a try.

Nothing worked, yet the jackal began trying too hard to break the leather. He thought, ‘How shrewd the animal inside is to create such a strong hiding place!’ But, I’m not going to leave it after so much of hard work. My sharp teeth will tear it apart in a moment.’ He started biting the drum. The jackal on one hand was very much afraid of the unknown enemy, but on the other hand the hunger was pushing him to tear the drum off.

In a while, the jackal began to taste blood in his mouth. This made him too happy. He was almost ready to catch the animal. But, what was that!?  The top of the drum was intact. No, It hadn’t been torn out at all! Instead the jackal had lost one of his teeth and his mouth was bleeding.

The blood he tasted was coming from this broken tooth!! The jackal thought that the animal inside the drum must have punched him to break his tooth. He was very annoyed and started whacking the drum too hard. Finally the top of the drum was ripped off. The jackal was amazed to look at the drum as he saw no blood coming out of this big animal, though its skin was cut into pieces!

Surprised, he entered the drum, hoping to get that animal inside this big belly he just tore out.

Alas! It was completely empty…

He got down the drum. Disappointed, the jackal sighed, ‘I hope no one has seen the whole episode. Such a fool I’ve been!’

In the meantime, the air blew once again and the branch struck the drum one more time. But, this time the drum didn’t make that loud, scary noise!

Watching this, the jackal felt relaxed. Proudly he thought to himself, ‘Even though I had to lose one of my teeth, I finally succeeded in killing this huge enemy!’

Pleased with his own bravery, the jackal now fearlessly went on searching for food!